End the Shaming of Children

Today, we?re going to be talking about the shaming of children. Shaming of children is not new. Picture the school child, years ago, sitting in the corner wearing a dunce cap. Private shaming in the home has occurred for generations. Many adults have taken their own childhood shame messages and carried these unhealthy messages into their adult lives.

The age of technology has now taken the act of shaming out into the world, and made it public, via the internet. We?ve seen an increase in public shaming on social media sites such as youTube, Instagram and Facebook. We?ve witnessed children wearing sandwich boards on street corners, telling the world that they?ve lied or stolen from their parents. You may remember the father who shot multiple bullets through his teenage daughter?s laptop. He described his actions as tough love parenting, saying that he needed to punish his daughter for refusing to do chores and complaining about her parents on Facebook. Recently, a 13 year old girl committed suicide a after her father posted a shaming video that depicted him cutting off her long hair in the garage. As her locks were fell to the floor, the father repeatedly asked his daughter ?Was it worth it?? Although he never mentioned her transgressions, what could she have possibly have done that could be worth the punishment inflicted upon her and posted for the whole world to see?

Public and private shaming of children has got to stop. It is up to us as parents and professionals, to break the cycle of shame. I?ve invited my guest Dr. Shefali Tsabary to join my conversation today. Shefali has created a movement, through her video #ENDSHAME. She is a clinical psychologist, author, TED talk speaker, wife & mother. Dr. Shefali Tsabary lectures extensively on conscious parenting around the world and is in private practice. She is author of the award winning parenting books, The Conscious Parent and Out of Control: Why Disciplining Your Child Won’t Work and What Will. 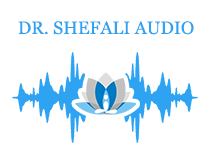